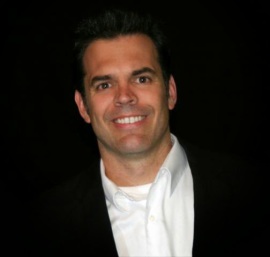 Scotty Gunther's 25-year overnight success story is an ongoing journey. Born in Michigan, Scotty Gunther is a humorist, comedian, author, speaker, emcee, and award-winning syndicated radio host. His unique combination of original voice, ability to connect, improvisation, innovation, and an authentic view on relationships and life has captured the attention of audiences throughout the U.S. and Canada.

On the radio, Scotty Gunther is hilarious yet insightful and can be heard giving humorous and ridiculous relationship advice to women, and some sensitive men…all two of them. Scotty had the highest (age 18-34) rated top-40 afternoon show in the country before leaving to concentrate on his live performance. Now he can be heard on his "Funny Feelings" with Scotty Gunther Podcast featured on iHeartRadio with over 34 million registered listeners, weekly on My Skating Podcast, and every Monday-Friday 3pm to 6pm on 107.9 CDY in Michigan!

Scotty has written six books, and his viewpoint has been featured in national self-help magazines and newspapers thoughout the US. On stage Scotty Gunther has performed at more then 2,000 colleges, corporations, conferences and private shows. He was named the Top Emcee in North America for 2008, 2009, 2010, and 2011 by Gigmasters.com  Scotty Can be seen performing his highly sought after program: The Co-Workers' Challenge, Relaughsation, and Show Business Is YO' Business at corporate events and conferences across the country.